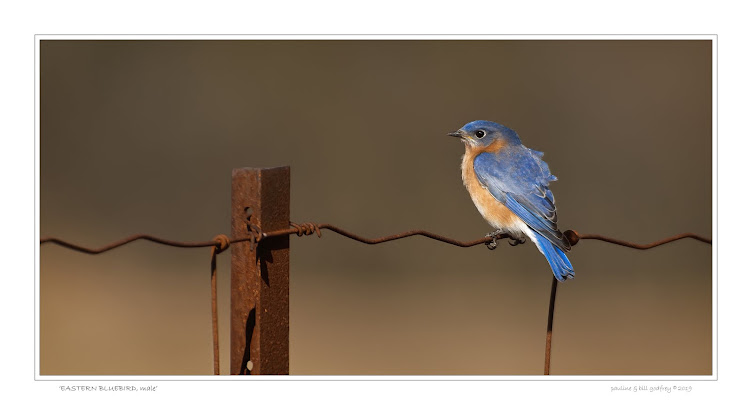 I'm back to share some more of Bill's photo's.  We had the opportunity to see a Gyrfalcon.  This is one of the largest falcons in the world.  Because they breed so far north along the Arctic, it is rare to see them down this far in SW Ontario. As we were driving around the concession where he was reported being I saw him way out in a field (with binoculars).  Looks like he took down a Gull. He didn't seem to mind Bill being there.  Bill was about 50-60 ft from him for close to an hour. 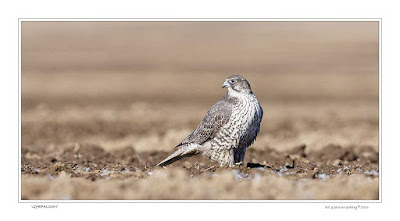 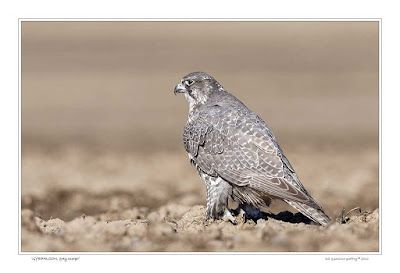 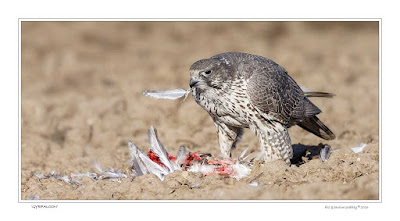 We decided to take a drive back up the following day to see if he was still around to get a better picture of him - preferably up in a tree, and guess what - we lucked out! 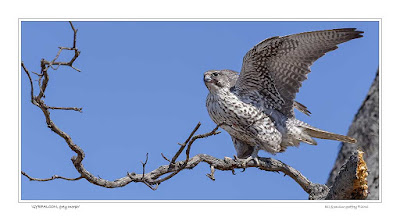 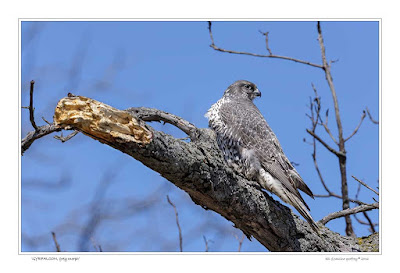 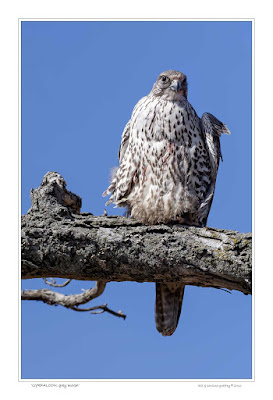 After spending a few hours with the Gyrfalcon we took a drive to Springbank Park in London because we heard that there was a juvenile harlequin duck there.  Bill went down the river bank and spotted him out on a little island.  He is so cute! 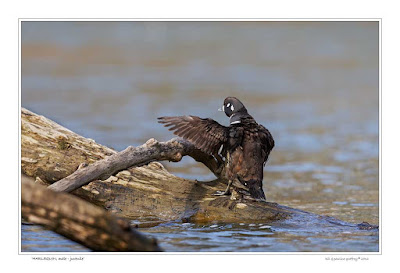 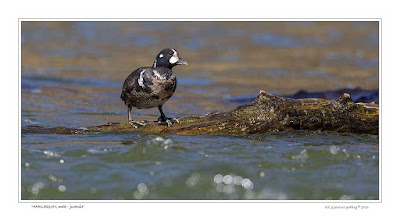 It was our lucky weekend.  Two more 'lifers' checked off on our list.

Thanks for stopping by.

Wow, Pauline, I love seeing these photos, and it's true that this was probably a once-in-a-lifetime event to see these amazing birds! I love the falcon - wow, how large! And how sweet that little harlequin duck! Hugs, sweet friend!

Amazing photos, you must have been so excited, loved them.

Wow! He must have been big to take down a gull! Bill's photos are always so beautiful and the birds are animated and so very natural. Wonderful to see them in their habitat. I've rarely seen such amazing bird photos. The duck is adorable and, again, Bill has captured him in action with not a hint of blur. Fabulous! Thanks for sharing this outdoor adventure, Pauline!

LOL I can only imagine what kind of network you have set up to let you know where to find these beautiful birds. Whatever it takes cause I sure love seeing them.

Pauline
Hi! Welcome to my blogging place where I love to share my creations with you. I have been paper crafting for almost 17 yrs. I have a very supportive husband and we are blessed with a son and daughter. I work full time, so in my spare time I love to design cards. One of my other hobbies is traveling with my husband to share in his passion - photography. I do have a category - Bill's Nature Pictures - which I hope you will take a look at. You will be amazed!